I started off my journey into recording, production & composition from an early age. I wrote my first song when I was 8 years old & released my first live recorded album when I was 13. I started recording local bands & artists from my bedroom from the age of 16 & it evolved into a viable business where over the years we had built three recording studios in Johannesburg, South Africa.

During the years of Inner Flame Music I was lucky enough to work with over 100 bands & artists in a large variety of musical genres. During the development of our studios we expanded our services to include post-production of radio spots, final mix and composition of film scores, jingles & commercial music libraries.

The pursuit of international experience brought my wife and me to the emerging music scene in the Middle East in the hopes of furthering both of our careers. In the four years we lived in Dubai I worked with bands, artists & musicians from the region and other part of the world, built Tone Town Studios with my old friend and previous business partner Gareth Vereb, I contributed to a weekly radio show, guest lectured at the SAE Institute in Dubai and composed music for The Coca-Cola Foundation.

We have since moved to Vancouver, Canada to persue opportunity, a new and wonderful talent pool and most importantly, adventure. 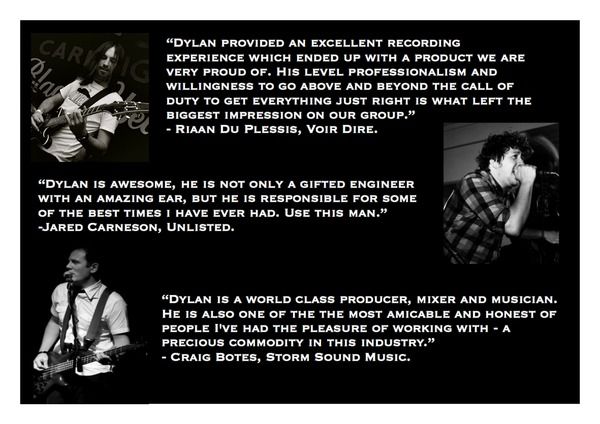